How the Ford Mustang Became a Classic 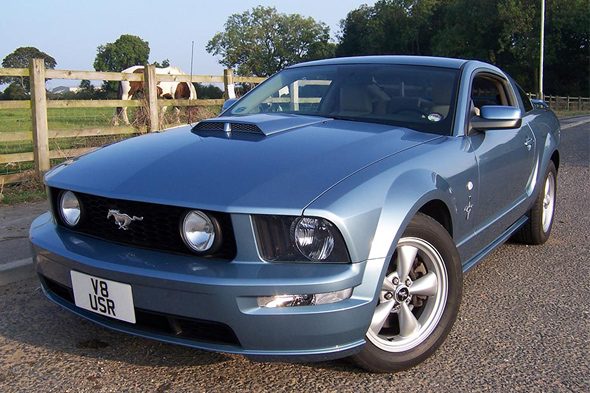 Here at Classic Wedding Cars we are delighted to have recently acquired a stunning model of the Ford Mustang GT, the first Mustang in our impressive collection of cars. With its speed and stunning looks to match, this car is already proving a hit with our brides and grooms. This amazing vehicle got us interested in the overall history of these iconic cars. In this blog we will be discussing the history of the Ford Mustang.

The first ever production Mustang rolled off the assembly line in Michigan in the year 1964. It was just months after this that the car was introduced to the general public at the New York World’s Fair. This unveiling was shown to Americans across the country via all three American television networks. Viewers were not to know that they were witnessing history. Later this same year the car made an appearance in the James Bond film Goldfinger, further solidifying itself as a classic already.

At the time this was said to be one of the most successful product launches in automotive history and it still remains up there now! The Mustang sold over one million units in its first 18 months on the market, which perfectly demonstrates the huge popularity of the car.

Over the years there have been many different versions of this classic car and due to Ford’s ability to move with the times, the Mustang remains one of the most loved sports cars on the planet.

The Ford Mustang GT which we have on offer comes with amazing muscle car looks and a burbling V8 soundtrack which is sure to impress guests when you pull up to your wedding venue. It seats three people and is finished in light metallic 'windveil' blue with a cream leather interior. This car is the perfect option for anyone looking to make a memorable entrance on their big day.

For information on our Ford Mustang GT and our range of other classic cars, call us on 07721 771113 or visit www.classic-wedding-cars.co.uk