With a recent full restoration this female owned and driven Mustang V8 Convertible is in beautiful condition both inside and out. With seating for 3 passengers plus the lady driver, this is a perfect blend of the traditional white bridal car and the American convertible to stand out from the crowd.

The Third Generation Mustang was produced by Ford from 1978 until 1993. Built on Ford’s 'Fox' platform (and thus often affectionately referred to as the "Fox-body" Mustang, it evolved through a number of sub-models, trim levels, and drivetrain combinations during its production life. In 1983 the model was revised and Ford added a convertible to the Mustang line up, after a nine-year absence. In 1983 the Mustang GT received a four-barrel carburetor and a new intake manifold, bringing power from the stock 302 Cubic Inch / 5.0 Litre engine to 175 horse power (130 kW). However, the restoration of this particular GT also included many upgrades which will have significantly increased these numbers. Production of the Fox Body Mustang ended with the introduction of the fourth-generation Mustang (SN-95) for the 1994 model year. 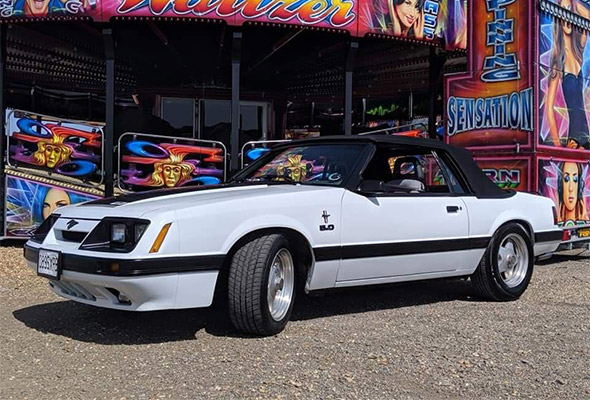 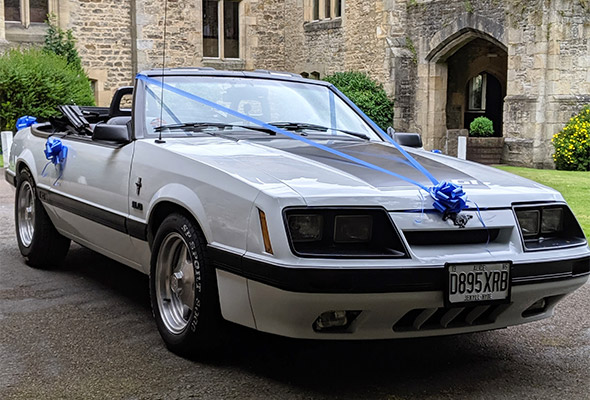 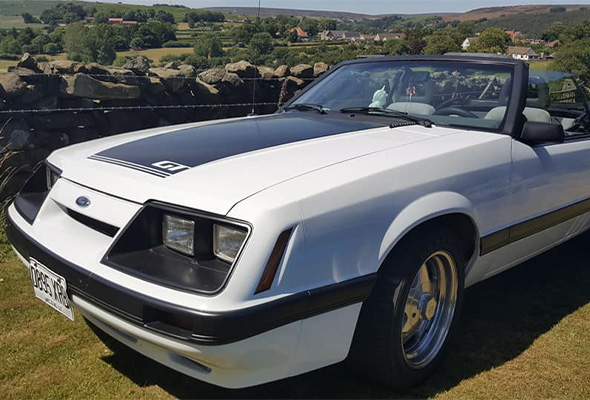 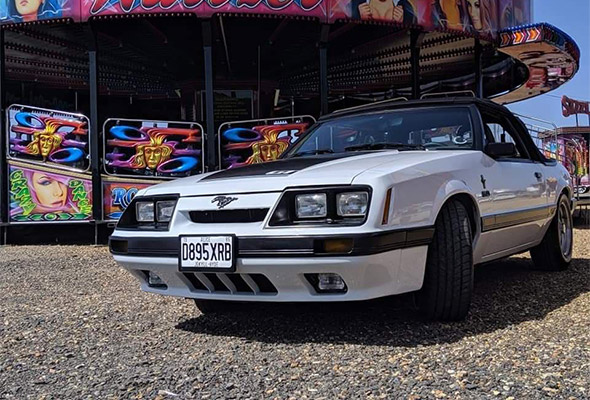